Tutorials » Photo Tips & Technique » RAW or JPEG: RAW Truth About Which and When!

RAW or JPEG: RAW Truth About Which and When! 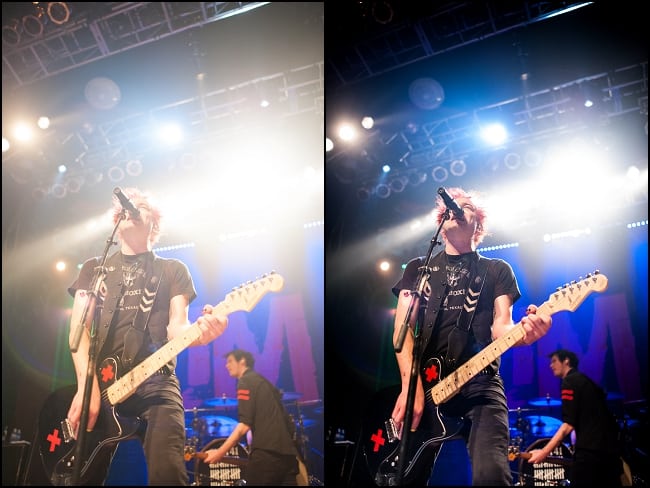 Are you confused about the difference between RAW and JPEG? Let’s chat about what to choose and when!

What do I choose? RAW or JPEG?! That seems to be the most popular question photographers ask.  A question that was primarily much easier to answer back when DSLRs were first being introduced to the market. Back then, technology was not as advanced as it is now, in terms of in camera sensors, firmware and components and also photo editing software.

Whether one should shoot RAW or JPEG has been a hot topic to say the least. The fact is, there are clear benefits to each one. However, most of your research on the topic will lead you to the same answer, shoot RAW!

The goal for this post is not to simply tell you which is better than the other, but discuss the age old debate from another vantage point.  One that describes each objectively, explain the pro’s and con’s of each and then explain which situations might make sense to use RAW and likewise, when it might make more sense to shoot in JPEG.  At the end of the article I am hopeful that you will have a good idea of the shooting in RAW or JPEG. The goal is that you ultimately feel comfortable in deciding which is right for YOU and more important WHEN to use one over the other.

There is a ton of great articles already written describing what makes a RAW file vs a JPEG file including a great one here by SLR Lounge.  I don’t want to reiterate with the same level of detail so I will summarize with a bullet list (after all I want to make this easy to understand and not confuse you).

In summary, in challenging lighting conditions, scenarios where having utmost control on final images and exposure correction, or if you are shooting in an extremely fast paced environment that you don’t have time to really dial in your camera settings or white balance, RAW may benefit you.

When photographing a concert where you can’t use flash, stage lights are changing constantly and it is best to shoot in manual mode shooting RAW gives more room for editing when creating a final image.  The RAW image on the above left was overexposed by a flashing burst of stage lighting, a JPEG image would have most likely not been able to recover the detail and highlights as I was able to do with the image on the right! This image above was overexposed from the flashing stage light, see images below to see how much of the photo was recoverable from shooting in RAW.  I purposely processed in both color and black and white to show both as being acceptable looking final images.

The main reason people will shoot JPEG is file size and a often faster editing workflow.  Unlike RAW files, JPEG files have already been partially processed in camera and thus look much better right out of camera so when the exposure is correct (or close to it) in camera there is very little “fixing” that needs to be done to the image from an exposure standpoint. The top photo is the unprocessed JPEG straight out of the camera, all that needed to be done was some basic color correcting and editing to give a bit more POP to the final image.  I changed the white balance a tad (made cooler), added some contrast, a slight vignette and was done.  Shooting this wedding image in RAW originally would have given me zero benefit from JPEG as no major “corrections” were needed. Another example – JPEG image straight from camera is on left.  Final image on right got a bit of contrast on the image and the graduated filter tool was used on the sky to bring down the exposure a bit and boost contrast to enhance the overall look of the image without looking “fake” or over-processed.

If a JPEG is simply the output of the RAW image data, through basic in camera processing such as contrast and sharpening; and if white balance and exposure are accurate in camera as shot then shouldn’t there should be zero difference in overall final image quality between the starting point being RAW or JPEG?

I feel its a valid question that we all need to ponder and think about.  Which begs the next question…

Is there any compelling reason to shoot in RAW if you are able to accurately get the right exposure in camera and not require substantial “fixing” while in post, photo-editing?

I primarily shoot JPEG since most of our work is weddings & portraits where the lighting isn’t rapidly changing from shot to shot and I can get the exposure close enough that I can make whichever tweaks needed in Lightroom for my final images.  Of course being able to shoot JPEG when doing weddings and editing around 2,000 images is very helpful compared to RAW in terms of workflow, especially since shooting the megapixel monster Nikon D800.

I will shoot RAW when in the most challenging, changing and fast paced conditions which I want the extra latitude in post processing such as shooting concerts with no flash and changing/flashing lights. However, for everyday shooting and even most of my portrait and wedding work we have had no problems shooting and getting the exposure spot on or very close in which shooting RAW would give no additional benefit to us.

I hope this post gives some insight, education and lets you know when shooting RAW can be the right move and when JPEG can outshine shooting RAW.  As with most things being versatile is never a bad thing and being able to shoot in both formats and having a workflow for post processing both RAW or JPEG is certainly a good idea.

What Do You Need Help With?

One Response to RAW or JPEG: RAW Truth About Which and When!

Camera Mode: When Full Manual Can Do More Harm than Good!
Wedding Photography – Behind the Scenes!

Low-Light Weddings: How to Shoot in a Dark Church